Childhood Adversity Can Lead to Physical and Emotional Distress in Adulthood

I am a big believer in the connection between a healthy body and a healthy lifestyle. Recently I read A Columbia University study that found adversity early in life is associated with increased gastrointestinal symptoms that may affect children’s brains and behavior as they mature.

According to the Columbia University researchers, there is an indication that adversity-associated changes in the gut microbiome are related to brain function, including differences in the regions of the brain associated with emotional processing.

The study finds that childhood trauma, as early as two weeks of age, can have a measurable negative effect on gastrointestinal development, brain development, and emotional health. 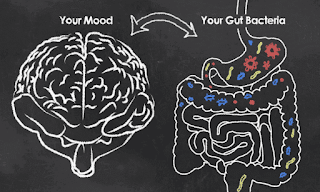 Adults can work to foster a healthy child by keeping this study in mind if they have a role in child rearing. Creating a loving environment is important for an infant to thrive into adulthood. The study has found that it is possible to manipulate the gut microbiome and ameliorate the effects of adversity on the central nervous system, especially during the first years of life when the developing brain and microbiome are more plastic through the use of probiotics and dietary interventions.

Foods Can Help the Gut Heal

The study does not address what nutritional steps can be taken to try to ameliorate the effects once someone has grown. Perhaps it is possible to use foods to help the body heal past trauma. According to an article on healthline.com, some of the best foods for digestion include:
If someone has GI troubles that stem from past trauma, including these foods in their diet may make a difference and work to heal the body from within. 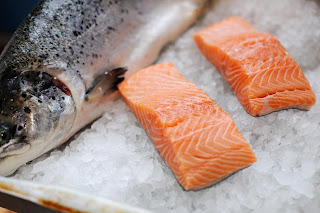 Foods have also been found to play a role in a person’s mental and emotional health. Healthline.com also lists foods that reduce anxiety. The list includes:

The tie that binds both lists is salmon. Salmon is high in omega-3 fatty acids that are known to reduce inflammation and promote the brain’s ability to adapt to changes. Salmon also contains vitamin D that improves levels of calming neurotransmitters.

Article: Early life adversity has negative effects on the gut and brain by Columbia University
Disclaimer: “This post (or portions of this post) was provided by New Hope Network. I am a member of the New Hope Influencer Co-op, a network of health and wellness bloggers committed to spreading more health to more people.”