I was visiting my mother-in-law in June and we discussed an unusual plant in her garden. It looked similar to celery. She did not plant it and assumed that a bird must have dropped a seed into her garden. This plant was large and healthy. It grew well in her soil. We did not know what it was, we were curious.

Last week I was visiting Mackinac Island in Michigan and was introduced to the same plant. She called it lovage and said it could be used as a substitute for celery. The woman at the historical home was using it as a celery substitute as she was making pumpkin soup (period costumes, period cooking, and period foods were being used in this venue).

Two "happenings" related to the same plant in two months made me curious to learn more about it. Is it something I wish to grow? Is it the same as celery or are there different nutritional benefits?

I first went to wikipedia to learn about the plant. It's a good starting point, not an ending point for research. I found that the seeds can be used as a spice, the root as a vegetable and the leaves in soup. Sounds like a plant that packs a punch.

Digging deeper I found out that this plant has lost its mystique. WHY? it appears to be 100% edible? Seems like a good use of soil and water to me! Recipes using lovage are found at food.com. I am excited to try to chilled lettuce, lovage, and green pea soup ... after all, it is the middle of a HOT summer...sounds refreshing! 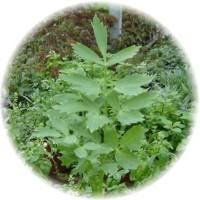